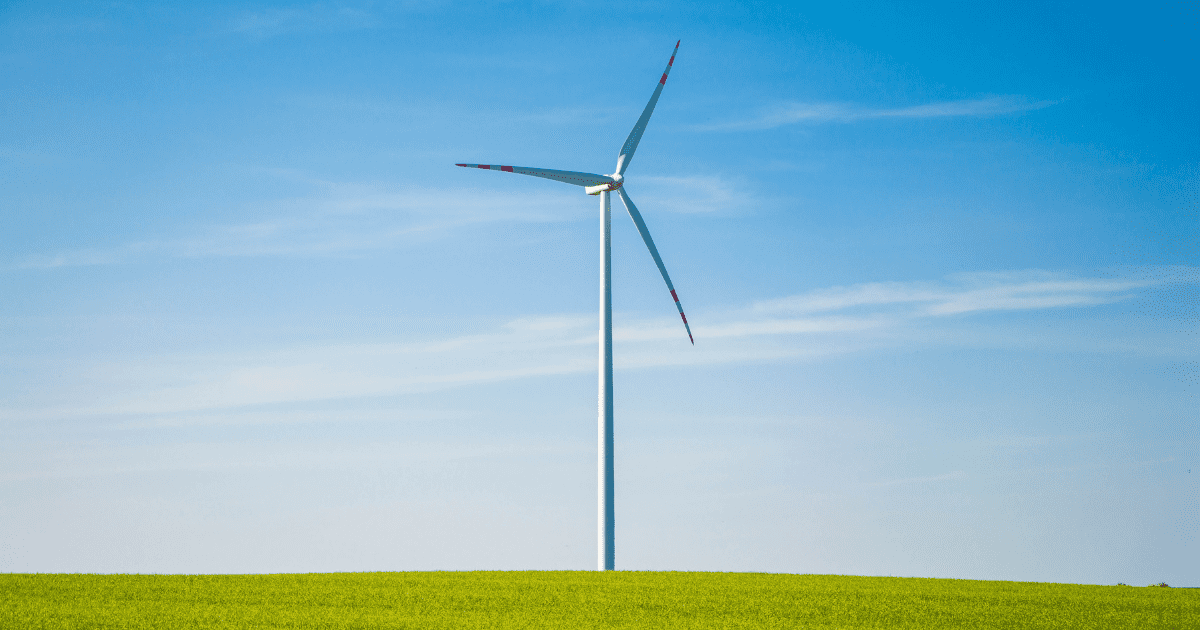 It’s no news to anyone that Europe is knee-deep in an energy crisis, with prices that have risen high lately. Compared to 2021, electricity prices for an average household in Stockholm, Sweden, tripled in August of 2022.

That means a whopping 300% increase! This is a recurring trend in other countries as well. For example, the average increase in electricity prices in the Netherlands and Germany surpassed 400% in 2022 compared to 2021.

While prices are dominating debates at the moment, we can’t lose sight of the fact that we’re in the middle of a climate crisis too. It’s crucial that we continue working towards lowering our emissions NOW if we want to reach the climate goals of the Paris Agreement.

The need for a fast, clean energy transition has never been greater. This is a win-win situation where we can tackle the energy and climate crises at the same time. Let’s pick up the pace in transitioning into a more stable, robust, and climate-friendly energy system.

What does this mean, then? How did we end up here? And where do we go from here? There’s a lot of different information out there, and we want to dig deeper, but first, let’s sort out some key terms regarding energy.

Often, energy and electricity are used interchangeably, which can be confusing. The most important thing to remember is that electricity is a secondary energy source.

Coal, nuclear and solar energy are examples of primary sources of energy that can be converted into electricity, which we use to light up and heat our homes.

So what is energy efficiency?

Energy efficiency means doing the same job but using less energy, eliminating energy waste. One example is insulating your house, which reduces the energy needed to keep it hot. Or cool, for that matter.

Another example could be using a lid on the saucepan when cooking that precious pasta – the same “keeping it inside” function as an insulated house, actually.

What are some energy sources?

No energy source is perfect, but some are better than others. Energy from renewable energy sources is the better option. Energy sources that renew themselves at a higher pace than we consume them are what we call renewable.

Fossil fuels such as coal, oil, and gas are non-renewable since they take millions of years to form, meaning that we’re currently well underway depleting them. And, of course, burning them emits carbon dioxide and other greenhouse gases, reinforcing climate change.

How about energy security?

Energy security means access to low-cost energy, which is essential to all basic needs, economic growth, welfare, and political stability. Climate change and rising prices hit the vulnerable groups of society the hardest and are worsening European inequalities.

Especially women and women-led households are disproportionally affected because of differences in income and socioeconomic status. At least 50 million people in Europe live in energy poverty. This makes it even more problematic that there’s no official definition of energy poverty in Europe.

Most often, it refers to an inability to keep one’s home at an adequate temperature. Between 50 and 120 million people in Europe can’t do so. Using energy sources that are both renewable and reduce emissions will help us reach our climate goals, stabilize the market against price spikes and increase access to energy.

Energy crisis in Europe, what’s up?

Spiking energy prices are primarily because of expensive fossil fuels, especially natural gas. In Europe, the energy system functions through a wholesale market, in which they sell all electricity at the same price, no matter the energy source.

The wholesale price is a bulk price based on the demand and production cost at a specific time. The most expensive energy source to produce electricity from decides the price for all. The suppliers then bid on the market.

At the same pace as the demand gets higher, so does the price. Fossil fuels, which tend to be the costliest, therefore set the price on renewables even though they are cheaper to produce nowadays. Isn’t that weird? The market has not caught on with the renewable energy revolution.

This instability in the market has led to prices skyrocketing since late 2021, with industries and consumption bouncing back after the Covid-19 pandemic.

At the same time, a colder winter in Europe and warmer weather in Asia increased the need for heating and air conditioning, leading to increased global demand as well.

And since many countries depend on Russian gas, the war in Ukraine has worsened the situation. It all comes down to what we do now. In the long term, we need to cut the dependency on unreliable suppliers and fossil fuels to transition into a renewable energy system that’s secure and robust.

We need to use energy more efficiently in the short term to cut costs and emissions quickly. EU countries have agreed that reducing electricity use by 5% in the EU will make energy more affordable for everyone and, more importantly, do our climate some good! But what can you and I do as individuals, then?

Let’s put our heads together on saving energy!

To save energy in your home, especially in the wake of the energy crisis in Europe, you can do many small things that make a big difference. Considering how you use energy is a start—washing your laundry on full load and cold instead of hot is a great example of using energy more efficiently.

You can switch your light bulbs to LED if you haven’t already. More durable and energy-efficient, LED light bulbs consume 50-70% less energy than their older counterparts.

Even though they cost more than regular light bulbs, you will save money in the long run (about €45/year by switching 5 light bulbs to LED).

Did you also know that the best appliances often use less electricity? The most efficient refrigerator uses 41% less electricity than the least efficient, and the best washing machine uses 27% less, etc. But what can you do unless you’re about to replace your dishwasher?

In 2020, heating accounted for 62.8% of the total electricity used in EU households. Lowering your indoor temperature by 1°C reduces 5% of the total energy you consume at home.

According to a study from Elforsk, turning off all your gadgets around the home saves 1.4% of the total electricity consumption. The list goes on.

At Deedster, we’ve created a new challenge called “Turn Down the Watt,” which comes with many climate-friendly deeds for you to take on and save some energy.

Pitch it at your workplace, or contact us at Deedster today to learn more! It’s an excellent way to engage with your colleagues and for you all to make some difference together.

Time to power down

Even though there’s a need for a significant effort from all sides of society to solve this, there are many things you and I can do to take charge. Put those positive but critical-thinking glasses on, and let’s get going!

We use cookies on our website to give you the most relevant experience by remembering your preferences and repeat visits. By clicking “ACCEPT ALL”, you consent to the use of ALL the cookies. However, you may visit "Cookie Settings" to provide a controlled consent.
Cookie SettingsReject allAccept all
Manage consent

This website uses cookies to improve your experience while you navigate through the website. Out of these, the cookies that are categorized as necessary are stored on your browser as they are essential for the working of basic functionalities of the website. We also use third-party cookies that help us analyze and understand how you use this website. These cookies will be stored in your browser only with your consent. You also have the option to opt-out of these cookies. But opting out of some of these cookies may affect your browsing experience.
Necessary Alltid aktiverad
Necessary cookies are absolutely essential for the website to function properly. These cookies ensure basic functionalities and security features of the website, anonymously.
Functional
Functional cookies help to perform certain functionalities like sharing the content of the website on social media platforms, collect feedbacks, and other third-party features.
Performance
Performance cookies are used to understand and analyze the key performance indexes of the website which helps in delivering a better user experience for the visitors.
Analytics
Analytical cookies are used to understand how visitors interact with the website. These cookies help provide information on metrics the number of visitors, bounce rate, traffic source, etc.
Advertisement
Advertisement cookies are used to provide visitors with relevant ads and marketing campaigns. These cookies track visitors across websites and collect information to provide customized ads.
Others
Other uncategorized cookies are those that are being analyzed and have not been classified into a category as yet.
SPARA OCH ACCEPTERA