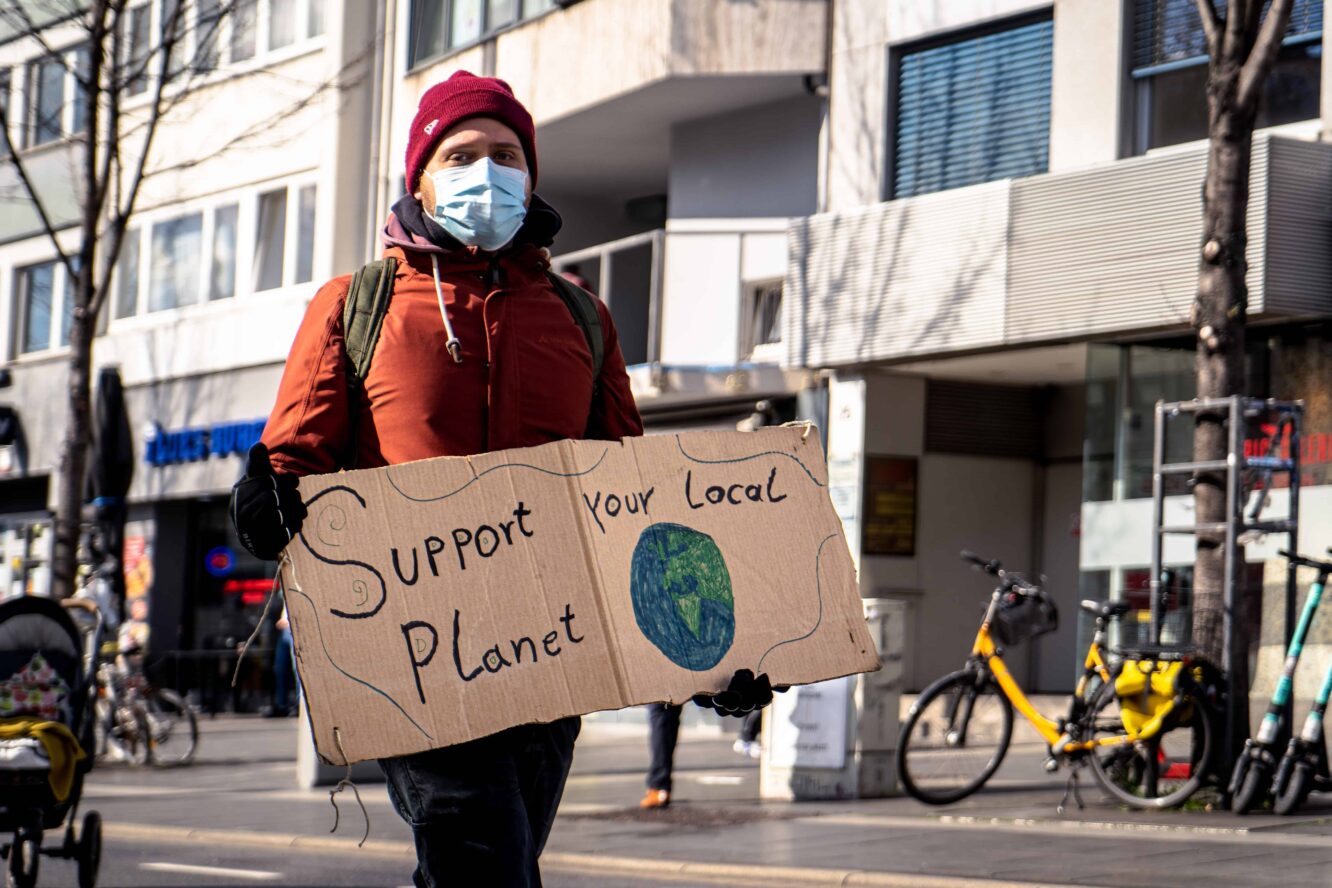 Today we tend to take environmentalism (fancy word for concern and action for the environment) for granted, but it’s a relatively new topic on the public agenda.

Talking about the modern environmental movement, it’s rather clear where to begin. Many events and influential individuals brought environmentalism into the spotlight, and we’ll recount some of these here.

But there are traces of environmental concern already in early civilisations through works such as the Epic of Gilgamesh (who is punished by the gods for cutting down sacred trees) and Greek mythology (where Orion is killed by the gods for vowing to kill all animals). The modern environmental movement, however, is generally traced to the end of the 19th century.

It’s hardly a coincidence that the environmentalism we know and love today has roots in the Industrial Revolution. The pollution from coal combustion led to widespread health concerns as it accumulated in the atmosphere and water.

In the early days of industrialisation, environmental concern wasn’t just about our own health, though. As many industries expanded, the public also began self-organising to protect the European countryside and American wilderness. Eventually, the smog and soot that gathered in the air resulted in events such as the Great Smog of 1952 in London, killing around 4 000 people.

In the US, two prominent preservationists shaped the early environmental movement to preserve the American wilderness. John Muir founded the Sierra Club in 1892, which is still active today as the oldest environmental organisation in the USA. His work also contributed to the creation of the Yosemite National Park in California.

A few years later, Aldo Leopold played a crucial part in creating America’s first national wilderness area, the Gila National Forest, in 1924. His book A Sand County Almanac is considered one of the most influential works for the modern environmental movement.

Like the Industrial Revolution, nuclear weapons gave rise to pollutants that advanced the environmental movement. The US began testing hydrogen bombs, a second-generation atomic weapon, in 1952.

The research that followed provided the basis for our understanding of how pollution in the atmosphere ends up in the water, soil, plants, animals, and eventually ourselves. This knowledge that pollutants released into the atmosphere quickly spread across ecosystems is a fundamental basis for environmentalism.

In 1962 Rachel Carson laid the groundwork for the modern environmental movement through her book on chemical pesticide use in the US: Silent Spring. It became an instant best-seller, documenting the effects of DDT (a chemical insecticide) on wild and domesticated animals, as well as people.

She criticized how public officials uncritically accepted what the chemical industry told them, spraying DDT throughout the American countryside. The book was met with resistance, fuelled by the chemical industry. But ultimately, it led to the ban of DDT in the US in 1972. And the growth of public green consciousness during the 60s and 70s.

Each year on April 22, Earth Day takes place, commemorating the birth of the modern environmental movement with the first Earth Day in 1970. It capitalised on the aftermath of Silent Spring, where the heightened public awareness of the relationship between pollution, environmental degradation, and public health meant the time was ripe for an ecological movement.

In total, around 20 million Americans took to the streets on April 22 in 1970, which was 10% of the entire US population at the time. Earth Day would take another 20 years to become global, mobilising 200 million people in 141 countries.

This heightened green consciousness following Silent Spring was also connected to women’s rights in India through the Chipko movement in the 1970s. Rural villagers, primarily women, demonstrated against the government-backed logging of trees and forests.

The villagers relied on the forests for food and fuel. And the forests also stabilised the soil and purified the water. The clear-cut forests meant lower yields from the villagers’ farms, soil erosion, and increased flooding risks. The Hindi word “chipko” means to hug, which was the primary tactic used by the villagers to prevent the logging of the trees.

Until the 1970s, concerned individuals mainly forwarded environmentalism in the shape of grassroots movements (such as the Chipko movement).

The early 1970s also saw the emergence of sustainable development on the UN agenda. In 1972 the conference on the Human Environment took place in Stockholm, Sweden. It was the UN’s first conference tackling environmental issues, and it resulted in creating the United Nations Environment Program (UNEP). Today, of course, the UN is at the forefront of mobilising global climate action.

These are just a few examples of important events that brought environmentalism into the public and political spotlight. There are innumerable movements, individuals, and events that have engaged with environmental issues and fought for the environment locally and globally.

We use cookies on our website to give you the most relevant experience by remembering your preferences and repeat visits. By clicking “ACCEPT ALL”, you consent to the use of ALL the cookies. However, you may visit "Cookie Settings" to provide a controlled consent.
Cookie SettingsReject allAccept all
Manage consent

This website uses cookies to improve your experience while you navigate through the website. Out of these, the cookies that are categorized as necessary are stored on your browser as they are essential for the working of basic functionalities of the website. We also use third-party cookies that help us analyze and understand how you use this website. These cookies will be stored in your browser only with your consent. You also have the option to opt-out of these cookies. But opting out of some of these cookies may affect your browsing experience.
Necessary Always Enabled
Necessary cookies are absolutely essential for the website to function properly. These cookies ensure basic functionalities and security features of the website, anonymously.
Functional
Functional cookies help to perform certain functionalities like sharing the content of the website on social media platforms, collect feedbacks, and other third-party features.
Performance
Performance cookies are used to understand and analyze the key performance indexes of the website which helps in delivering a better user experience for the visitors.
Analytics
Analytical cookies are used to understand how visitors interact with the website. These cookies help provide information on metrics the number of visitors, bounce rate, traffic source, etc.
Advertisement
Advertisement cookies are used to provide visitors with relevant ads and marketing campaigns. These cookies track visitors across websites and collect information to provide customized ads.
Others
Other uncategorized cookies are those that are being analyzed and have not been classified into a category as yet.
SAVE & ACCEPT